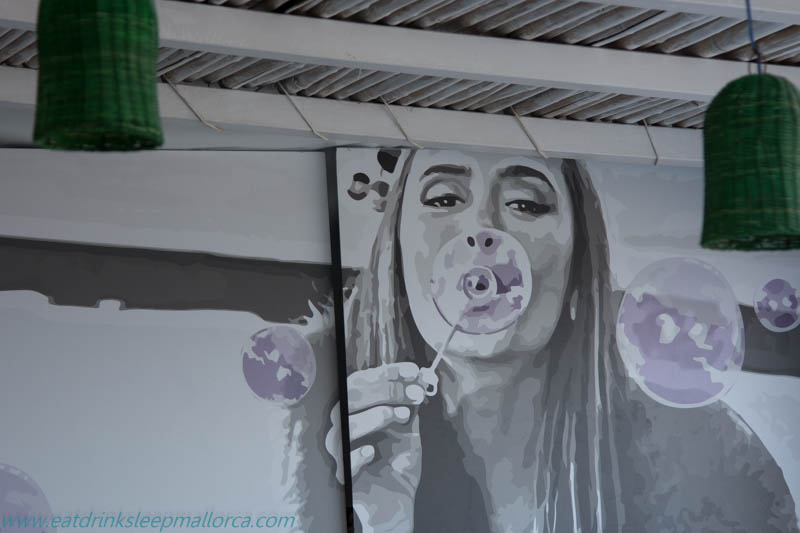 Early spring is when the seasonal businesses in Mallorca’s hospitality industry begin to reopen after their winter break. Ponderosa Beach pipped a few to the post when it fired up its stoves yesterday. Our lunch there on the last official day of winter suggested that 2016 is going to be a fantastic season for owner Carlos and his friendly professional team.

If you – like us – were already fans of Ponderosa Beach, you’ll love it even more this year. Three new appointments in the kitchen and a new à la carte menu will make eating here an even better experience than before.

New additions to the team 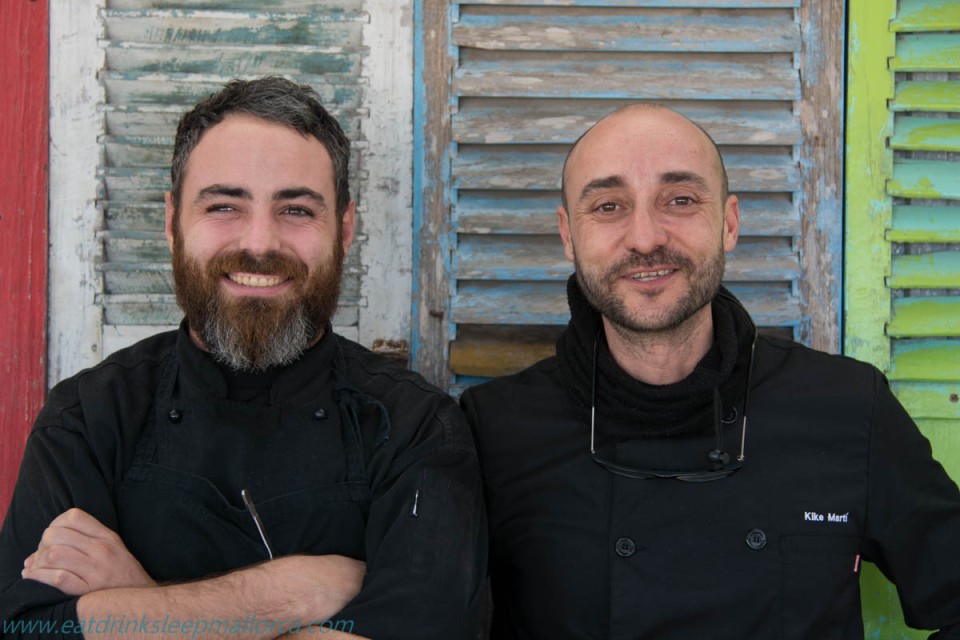 New chef Abraham Artigas was former sous chef of the renowned Bambhudda in Ibiza. His full new menu will be available from May but, in the meantime, there’s a shorter menu that’s well worth trying and perfectly showcases the talents of the new appointments.

Firstly: four starters. I highly recommend the carpaccio de gamba roja mallorquina. At 20€, the portion of Mallorcan red prawn carpaccio is easily enough for two to share, although The Boss was a bit short-changed on his half-share of this divine dish. Fortunately he enjoyed his marinated mackerel salad (15€) so much that he didn’t seem to notice.

The current menu boasts main courses of four rice dishes (OK, one is a fideuá – a pasta-based version of a paella). These are from the hand of the new award-winning maestro arrocero, Kike Martí from Valencia – home of the famous Spanish rice dish.  We tried his seafood paella (18€) yesterday and it was the most flavourful paella we’ve eaten so far on Mallorca. Next time we’ll try the paella valenciana or vegetable version. 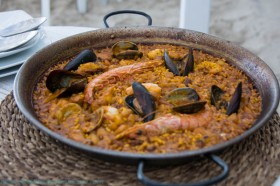 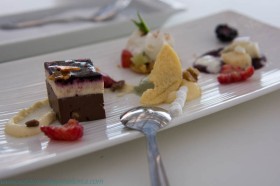 Desserts – mini versions for our sampling. 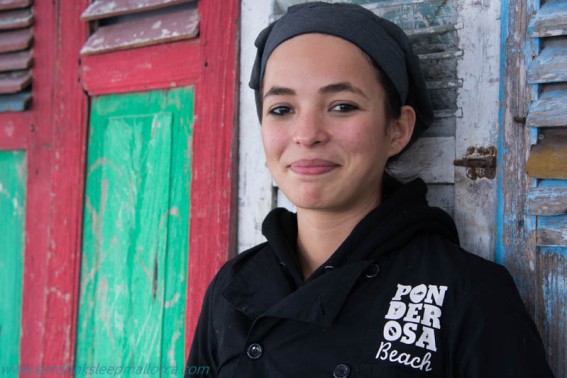 I don’t know how many beach eateries boast a pastry chef, but Ponderosa Beach does: talented young Alejandra Cevallos previously worked at the Jumeirah Port Soller Hotel & Spa. Be sure to save space for a dessert, is my advice, if eating at Ponderosa Beach.